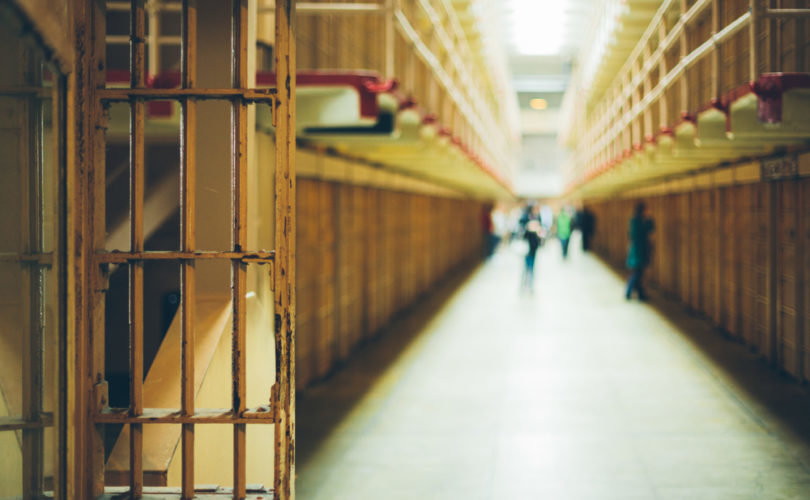 (LifeSiteNews) – I’ve been covering the ongoing practice of locking up biological males identifying as transgender in this space now for several years. Most recently, I noted the brutal new policy of potentially adding time to the prison sentences of female prisoners for “misgendering” male convicts identifying as women, regardless of how dangerous these convicts are.

Many are dangerous. There have already been many rape claims, with pressure being put on some victims to retract their allegations, calling them “transphobic.” The percentages of transgender prisoners are understandably spiking, with some violent criminals taking advantage of their ability to self-identify however they like to get sent to cushier prisons surrounded by women, who have all too often become secondary victims. Most of these instances have been studiously ignored.

According to the National Review, at least a dozen male prisoners identifying as transgender who have been convicted of violent or sexual crimes have been transferred to female prisons in the last 18 months alone in Scotland. Only one of those twelve had actually undergone sex change surgery, while the others had gotten transferred simply by claiming to be women. According to NR:

The new figures come as a review by the Scottish Prison Service (SPS) into the country’s transgender prison policy could result in an end to the practice of transitioning male inmates who request a move to female housing. Those who oppose the prison’s current policy, which allows prisoners to self-identify without the need for a gender recognition certificate, say it is not legal and is traumatizing for female prisoners, many of whom have trauma from having experienced violence at the hands of men.

Despite widespread cowardice on this issue—it is staggering to consider that this has been happening in the first place—Rhona Hotchkiss, the former warden of Cornton Vale Women’s Prison in Stirling, Scotland, has condemned the practice of locking men up with women.

“My experience is that it is always an issue to have trans women in with female prisoners and you have to think beyond the obvious which is physical or sexual threat, which is sometimes an issue, to the very fact of the presence of male-bodied prisoners among vulnerable women causes them distress and consternation,” Hotchkiss told the Times. As NR reported:

As the review is carried out, prison leaders say they will consult with advocates, female inmates, prison officers and the general public in response to criticism that they failed to consult these groups when the original policy was put in place in 2014. At that time, the SPS spoke only with transgender activists as it worked to improve the “working and living environment by ensuring it is free of any transphobic and homophobic behaviour.”

The SPS spokesman told The Times that “one of the groups we will be particularly keen to consult is the female prison population, who have not been specifically consulted about this before.”

Unfortunately for some female prisoners, the review comes too late. Being trapped behind bars with rapists and other violent criminals has predictably resulted in sexual assaults, with the trauma being magnified by the fact that the victims could not even accurately identify their perpetrators. Men with fully-functioning male genitalia claiming to be women have the “right” to be referred to as women, while women apparently do not have the right to be safe.