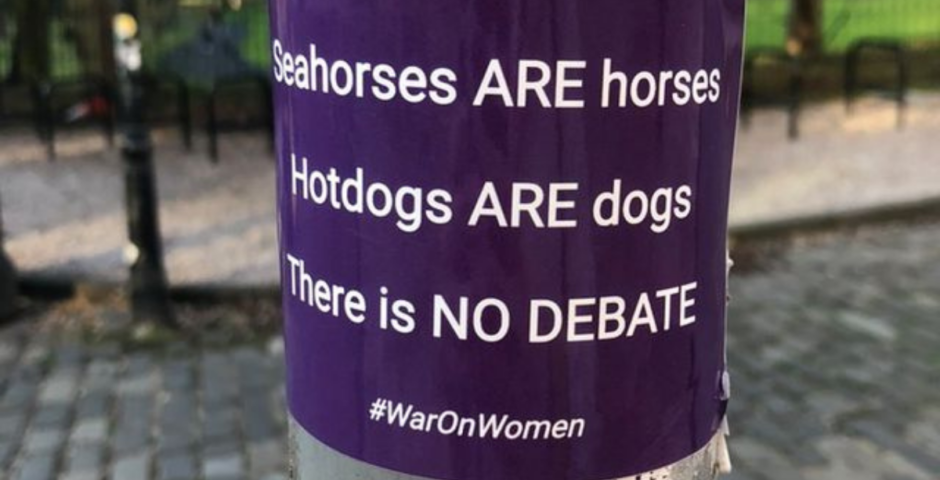 A fourth year Edinburgh student saw the stickers on two lampposts around uni, by 40 George Square and the other two just outside Brewlab on South College Street.

One sticker read “Seahorses ARE horses. Hotdogs ARE dogs. There is no debate. #WarOnWomen.” 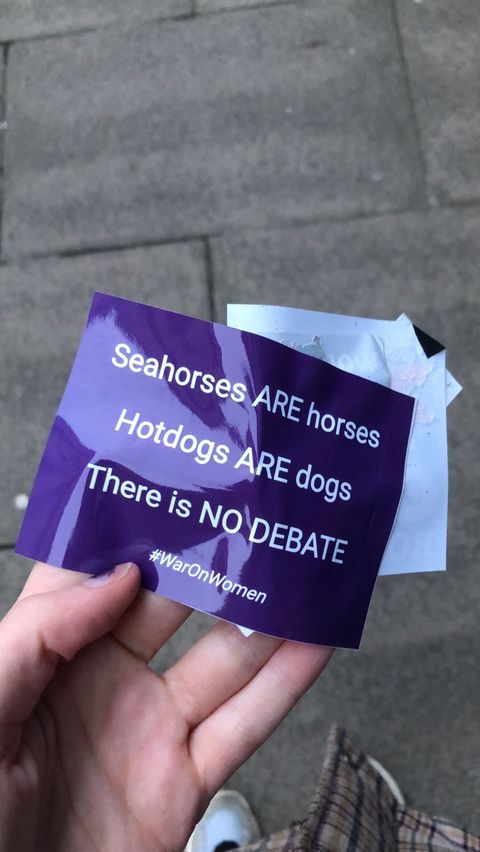 The hashtag has been used to refer to attempts by the Republicans in the US to restrict access to abortion. It has since been co-opted by Trans-Exclusionary Radical Feminists (TERFs) to attack trans women being given the same rights as all other women. This one was found on both lampposts.

“I <3 JK Rowling” stickers have been spotted. Although Edinburgh is known for its links to Harry Potter and therefore could be in reference to that, the author has found herself in hot water recently over a series of late night Twitter rants defending trans-exclusive language and policies. She has also written a book (under the pseudonym Robert Galbraith) with a villain that murders women and gets away with it by crossdressing. Her actions have been condemned by trans activists as well as LGBT+ Harry Potter fans and many cast members of the Harry Potter films. 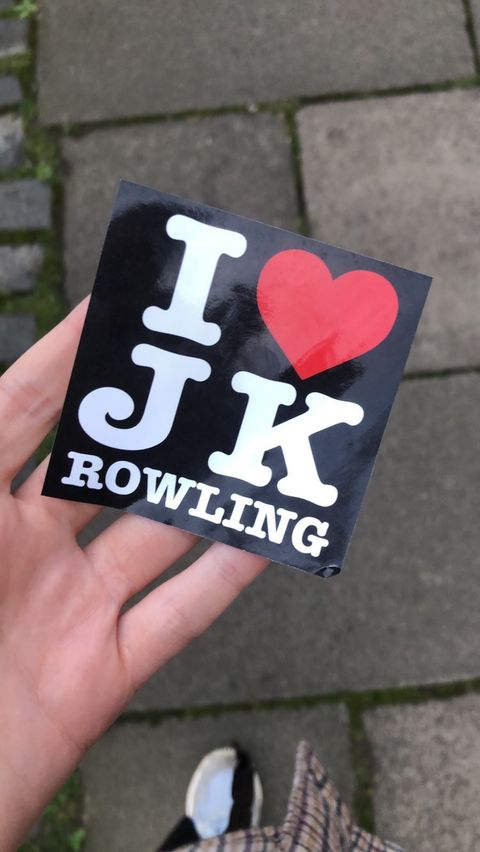 The stickers were found by Anna, a fourth year Politics and Sociology student earlier this week.

She told The Tab: “I saw them this week, the first few on Monday. They made me feel furious; the fact that people are taking time out of their lives to actively spew hatred against a marginalised group makes me feel sick. What’s even worse is that it’s done under the guise of ‘feminism’ – but there is nothing feminist about excluding trans people.

“I took them down because I couldn’t bear the thought of a trans person having to look at them and feel ashamed of being who they are. I also think hate speech is not free speech so I had every right to take them down.”

When approached for comment, a spokesperson for The University of Edinburgh said to refer to their “Commitment to Freedom of Expression” policy document.

The document says the university policy towards stickers such as these is maintain “both the importance of freedom of expression and of fostering a culture of mutual respect within our University.”

It says: “Freedom of expression is a vital component of an open and democratic society, and the individual freedoms of those who are part of it. It is also fundamental to the University’s purpose: that our graduates, and the knowledge we discover with our partners, will make the world a better place.”

In the past, Vice-Chancellor Peter Mathieson has said he will not tolerate “offensive stickers” or transphobia such as this and promised those responsible for these stickers would be disciplined.

Elliot Byrom, EUSA’s Trans and Non-Binary Liberation Officer, said: “It’s really disappointing and frustrating. However it is not surprising, with the recent goings-on in Parliament and continued hate campaigns in the press.

“Anyone who sees stickers like this should send photos to campus security, so they can be included in ongoing hate crime statistics that are reported to the police. If anyone affected by this wants support, they can always reach out to transnonbinary@eusa.ed.ac.uk.”

This isn’t the first time transphobic stickers have been found on-campus at Edinburgh. In October 2018, stickers saying “Women’s sex based rights aren’t for penises. Get over it.” were found around uni – including in the toilets at Potterrow (a EUSA building). They were quickly removed and replaced with stickers reaffirming “The Students’ Association is a place for all.”

Oklahoma Gov. Kevin Stitt has signed into law a measure that requires students in public schools to use bathrooms that correspond with their biological sex